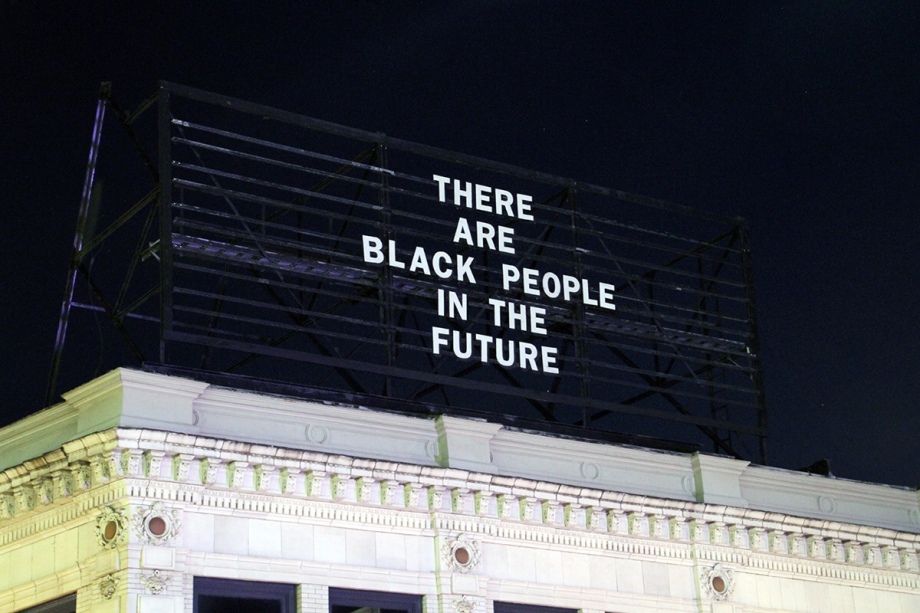 Artist Alisha Wormsley’s simple statement about black people existing in the future is apparently too much for some Pittsburgh residents to accept.

The billboard, the latest in a series from The Last Billboard project, was removed from the building where it was located at the end of March. The building’s property manager Eve Picker told the Pittsburgh Post-Gazette in a statement, “we were contacted by a number of people in the local community who said that they found the message offensive and divisive.” This was the first billboard removed in the project’s eight year history.

Black people will exist in the future, but what where will they live? From Pittsburgh to Portland and Austin to Oakland, historically black neighborhoods have now become places where black people are no longer welcome.

in the inner city by Lucille Clifton

in the inner city

we think a lot about uptown

and the silent nights

and the houses straight as

and the pastel lights

and we hang on to our no place

happy to be alive

and in the inner city